If you have purchased a "MPLAB(R) Xpress PIC18F47K40 Evaluation Board" from Microchip (part number DM182027) and you are running into difficulty because the board is behaving strangely it is most likely caused by a silicon errata on this device!

The errata can be downloaded here: http://ww1.microchip.com/downloads/en/DeviceDoc/PIC18F27-47K40-Silicon-Errata-and-Data-Sheet-Clarification-80000713E.pdf

The relevant section of the Errata is shown at the end.

What is happening is that the compiler is using a TBLRD instruction somewhere and this instruction is not behaving as expected due to a silicon bug in REV A2 of the PIC18F47K40, causing the read to fail and the program to malfunction. Typically this happens as part of the C initialization code generated by the XC8 compiler, and since the compiler is optimizing, changing the code may cause the problem to temporarily disappear because you have few enough global variables that a table read is no longer the fastest way to initialize the memory segment for variables with static linkage.

The XC8 compiler can avoid generating the sequence which will cause the failure if you tell it in the linker settings to implement the workaround for this Errata. This is done by adding +NVMREG to the setting as follows. Note that this is under the section "XC8 Linker" and the Option Category "Additional Options". 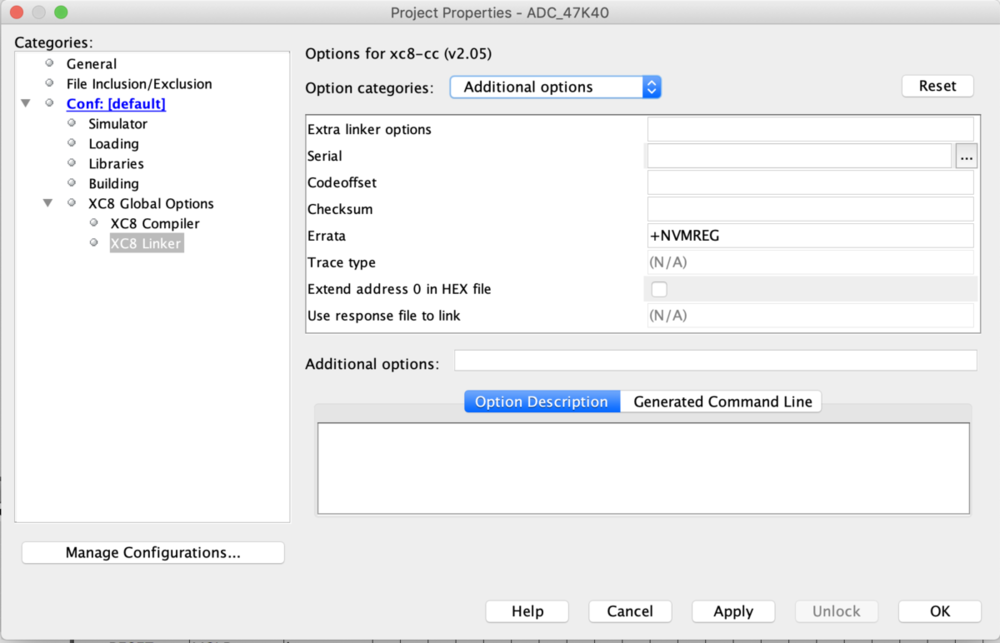 This is the relevant section of the Errata.

0 answers to this question